Cheryl Ann Tweedy (born 30 June 1983) is an English singer, songwriter, and television personality. She is best known for her UK #1 singles: "Fight for This Love, "Promise This", "Call My Name", "Crazy Stupid Love" and "I Don't Care". She has the second most UK #1 singles for a British female solo artist, with five records.

Cole was born in Newcastle, upon Tyneside, in 1983. She is the fourth of five children born to Joan Callaghan and Garry Tweedy.

Cheryl was originally a member of the girl group Girls Aloud, created through the 2002 season of Popstars. For The X Factor's 5th season, she replaced Sharon Osbourne as a judge, working alongside singer Dannii Minogue, and music managers Simon Cowell and Louis Walsh. She won the season with the Girls category (women aged 16-25) contestant Alexandria Burke taking the top prize. She won again the following year with the Boys category (males aged 16-25) and Joe McElderry being crowned the winner. She came second in 2010's seventh season, with her finalist Rebecca Ferguson losing out to Matt Cardle. This was also the year One Direction were formed and competed on the X Factor, ultimately placing third.

In May 2011, she spent 3 weeks as a judge on US X Factor but decided to leave after Simon Cowell told her she would have a place on UK X Factor instead. However, Tulisa Contostavlos ended up taking her place on the UK X Factor, too, while singer Nicole Scherzinger replaced her place on US X Factor. Cheryl returned to The X Factor as a judge in 2014 and 2015 for the series 11th and 12th series, and served as an executive producer for the latter. Cheryl announced she would not be returning to X Factor in 2016, in order to focus on her music career. She did, however, appear as a guest judge in the Judges Houses stage of the competition. In August 2016, Cheryl announced a new fragrance titled 'Storm Flower Platinum", the fourth in her Storm Flower range[1]. She also began a collaboration with L'Oreal Makeup's True Match #YoursTruly foundation campaign, which aims to celebrate diversity in skin tones[2]. On November 15, 2016, Cheryl parted ways with Modest Management[3].

In July 2018, Cheryl was cast for a cameo role in the film "Four Children and It"[4]. She released her first single in three years, "Love Made Me Do It", on 9 November 2018. It was co-written along with her Girls Aloud bandmate Nicola Roberts and UK singer Natasha Bedingfield.

Cheryl originally found fame on reality TV series "Popstars: The Rivals" where judges would pick 10 boys and 10 girls from several thousand applicants all across the country. The public would vote each week for one person they wanted eliminated and when there were 5 male and 5 female contestants left, they would each form a band. Cheryl reached the final stage and was put in the group "Girls Aloud" with fellow finalists Nadine Coyle, Sarah Harding, Nicola Roberts, and Kimberley Walsh.

Girls Aloud went on to worldwide success with their debut single "Sound Of The Underground" which peaked at number 1 in Christmas 2002. They also hold the record for the fastest time between formation and reaching number 1. Their debut album "Sound Of The Underground", released in May 2003, was certified platinum. They have released over 20 singles all of which, apart from one, charted in the top 10. The group has been named the United Kingdom's biggest selling girl group of the 21st century.

In November 2012, to mark the 10th anniversary of Girls Aloud, the band held a reunion and released a charity single for Children in Need. They released two more successful singles, an album and embarked on the "Ten: The Hits Tour 2013" tour. After the tour, a tweet from the band's official Twitter account confirmed they were splitting permanently as a group.

Cheryl met Liam Payne when he was fourteen, as he auditioned for The X Factor in 2008, two years before being placed into One Direction. Throughout the next five years, he would occasionally mention having a crush on her in interviews. In 2014, Liam co-wrote a song titled "I Won't Break", which appeared on Cheryl's fourth album.

The Sun confirmed their relationship on 26 February 2016[5], after the two had exchanged affections on Instagram a few days prior, in the lead-up to the 2016 BRIT Awards. They walked various red carpets and attended numerous social events together throughout 2016, including Liam's sister's wedding.

Liam revealed he and Cheryl had almost split up in 2017 but remained together. More break-up reports surfaced in February 2018, but the couple put on a united front at the 2018 Brit Awards. In July 2018, however, Liam officially announced they had separated, stating: "Cheryl and I are sad to announce that we are going our separate ways. It's been a tough decision for us to make. We still have so much love for each other as a family. Bear is our world and we ask that you respect his privacy as we navigate our way through this together[6]". Payne later said of the split: "I’m a bit fragile at times. I’m all right. It’s been okay. Obviously there’s a lot of stuff I’ve still got to sort out with my life. [Talking to press after making a statement] is like breaking up twice. We already did this once, and now I'm going through all that again. I have to tell people I don't even really know. It's a bit weird. I think people need to remember that behind all those statements, there are actually people that are going through the same stuff you go through[7]".

Cheryl and Liam never confirmed persistent pregnancy rumours surrounding them throughout 2016, but simultaneously announced the birth of their son on Instagram, on 25 March 2017. The birth date was 22 March 2017. On 2nd May 2017, the baby's name was confirmed to be Bear, based on grunting noises he would frequently make as a newborn, and, in October 2017, Liam confirmed his son's middle name was "Grey". Liam stated that he and Cheryl decided to keep Bear completely out of the public eye, and have so far not released any photo or videos of his face.

Cheryl was in a relationship with former English footballer Ashley Cole for six years. They began dating in 2004 and married in 2006. The couple divorced in 2010, following two years of adultery allegations on Ashley's part[8], which he confirmed in their divorce papers. Cheryl changed her surname back to Cheryl Tweedy, but adapted her stage name simply to Cheryl.

Cheryl dated dancer Tre Holloway from 2010 to 2011. In 2014, Cheryl married her second husband, Jean-Bernard Fernandez-Versini, after 3 months dating. Cheryl announced their separation in August 2015, and the couple were granted a divorce on 20 October 2016[9].

In 2003, Cheryl was arrested after a drunken fight with a nightclub bathroom attendant[10]. She was charged with assault and racially aggravated assault. She was sentenced to 120 hours community service and ordered to pay her victim £500 in compensation, as well as £3,000 prosecution costs. 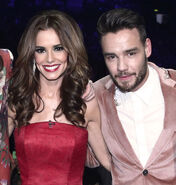 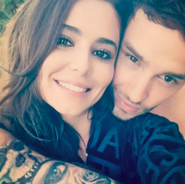 February 2018
Add a photo to this gallery

Retrieved from "https://onedirection.fandom.com/wiki/Cheryl_Cole?oldid=85452"
Community content is available under CC-BY-SA unless otherwise noted.