Start a Wiki
Louise "Lou" Teasdale is an English stylist. She was the primary hair stylist/makeup artist for One Direction. Lou hired Louis's younger sister, Lottie, to be her make-up assistant for the On The Road Again Tour in 2015.

Louise Teasdale was born on October 11, 1983 in Yorkshire, England. She has a non-identical twin sister named Samantha.

She trained at London College of Fashion and volunteered as an fashion assistant for five years. Teasdale worked at hair counters at shopping centers and junior jobs at salons assisting hairstylists. She began working on The X Factor (UK) as a stylist for the top eight acts. She also worked as a primary hair stylist on Britain's Got Talent and The X Factor tours. She became One Direction's main hairstylist/makeup artist after they kept requesting her while on their X Factor tour run. She has worked for other celebrities such as Olly Murs, Union J and Cher Lloyd.

She released her first book in April 2014 titled "The Craft- DIY Hair and Beauty"[1].

"In The Craft, rock and roll hair and make-up artist Lou Teasdale shows you how to style up your look from home." "It features step-by-step make-up and hair tutorials that are edgy, stylish and fun."

Lou was previously engaged to Tom Atkin, the father of her daughter Lux, who is five. Lou and Tom broke up in 2014. Lou and Lux are very close with Harry Styles, his sister, Gemma, and Louis's sister Lottie Tomlinson. 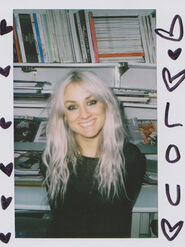 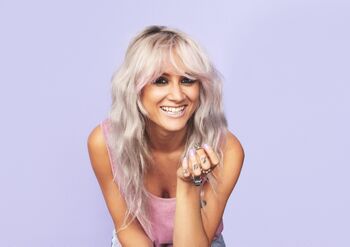 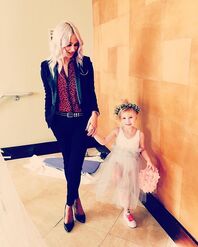 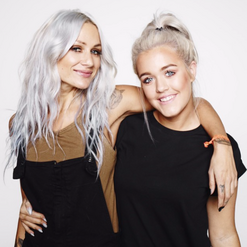 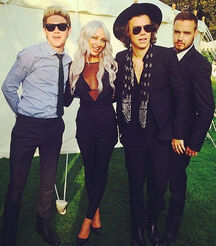 Lou with Harry, Niall and Liam at Louis's mother's wedding in July 2014
Add a photo to this gallery

Retrieved from "https://onedirection.fandom.com/wiki/Lou_Teasdale?oldid=83176"
Community content is available under CC-BY-SA unless otherwise noted.