Sophia was a student at Birmingham City University, where she studied fashion business and promotion before graduating in 2016. She has an older sister named Zoe.

Sophia is the former girlfriend of One Direction’s Liam Payne. The two met at their secondary school, St. Peter's Collegiate School, in Wolverhampton, England. They were reintroduced to one another in February 2013, when they both attended mutual friend Andy Samuels birthday party. In August 2013, Liam flew Sophia out to join him on the U.S leg of the Take Me Home Tour. He confirmed they were dating during the This Is Us press conference that same month. They made their first public appearance together at the This Is Us London premiere on August 20 2013.

Liam confirmed the song Illusion from One Direction's fourth album Four, was written about his relationship with Sophia. He also described Wolves, from One Direction's fifth album Made in the A.M., which he co-wrote with Niall, as being about protecting one's girlfriend from sleazy men in a club.

In October 2015, People Magazine reported that Liam and Sophia had decided to end their relationship after two and a half years.[1] Sophia made her Instagram account public soon after the split, revealing romantic messages Liam had previously left in the comments. She had since unfollowed Liam.

In March 2016, Sophia allegedly spoke to Now Magazine about splitting from Liam and her thoughts on him moving on with UK pop star Cheryl Cole. Sophia said "It’s so weird. I knew about them a little bit ago, but who thought it would actually come out? I didn’t."[2] Both Sophia and Louis's ex Eleanor Calder have claimed the interview was fabricated and Sophia only agreed to meet the journalist as a friend, not for an exclusive interview. Since then Calder and Smith have regularly showcased outings together on their social media. On 25 October 2016, Sophia attended Lottie Tomlinson's Nails Inc collection launch party, along with Louis Tomlinson, Danielle Campbell and Lou Teasdale. 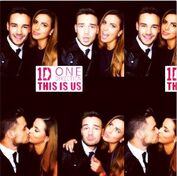 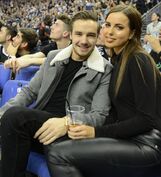 Liam and Sophia attend a basketball match in 2014. 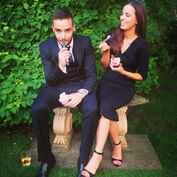 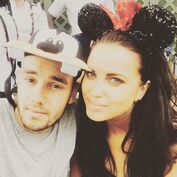 With Louis's half-sister Lottie in 2015

Sophia and Eleanor Calder in July 2016

Retrieved from "https://onedirection.fandom.com/wiki/Sophia_Smith?oldid=83434"
Community content is available under CC-BY-SA unless otherwise noted.