Where We Are: Our Band, Our Story

View source
watch 01:54
Obi-Wan Finale - The Loop
Do you like this video?
Play Sound

Where We Are: Our Band, Our Story is a book released by One Direction. It was announced in March 2013, the front cover was revealed on May 21 and the book was released on August 27, 2013.

The book "Where We Are: Our Band, Our Story" covers One Direction's continued fame through 2011 and 2012. It examines the inner lives of the five extremely famous members and gives insight into their deeper thoughts, feelings, hopes and dreams, and the highlights and lowlights of their lives so far.

The official One Direction Twitter account tweeted an exclusive behind the scenes video of the band shooting the front cover on Sunday, August 18th.[1] 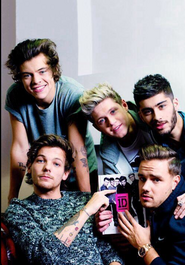 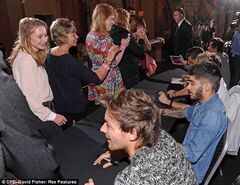